Thanksgiving Across the Pond

Stephen and I made a spectacular Thanksgiving in London last night. We invited over a friend from my work and his partner. Adam is half American, half English and Tabitha is all English so we had a two and a half British and one and a half Americans. Pretty much the current exchange rate.

Even though there was no rush here for shopping I felt the same got-to-get-to-the-store anxiety that you get in the States when preparing the menu. It must just be part of Thanksgiving. We rarely entertain so I had to pick up some essentials such as napkins, placemats, a Pyrex dish and even some water glasses. Thanks to Woolworths it was no great expense.

Rack of Lamb - Stephen prepared
Quinoa stuffing - made with quinoa bread, everyone thought it was cornbread! (photo on right)
Roasted butternut squash and sweet potatoes with dried fruit and maple syrup - yum
Minted peas - a bit of a British twist on the meal 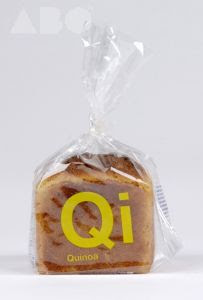 Cranberry sauce - for colour
Smashed potatoes - my first attempt
Gravy - from a mix, I admit
Baked apples - studded with cloves and spiked with a Cinnamon stick, sweetened with honey - yum
Chocolate truffles - thanks to our guests

The best part of the meal was how excited Adam and Tabitha were to celebrate their first Thanksgiving. Plus, they kept saying how fantastic everything tasted. Guests like these are always welcome again.