Meeting Henry VIII in the Hamptons 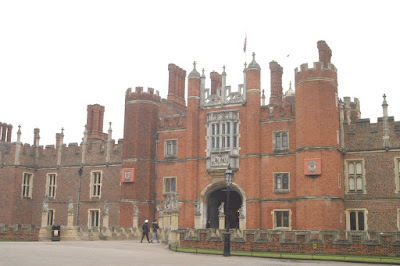 When you say, "meet me in the Hamptons" in the US you mean the posh area of eastern Long Island, NY. If you say let's visit Hampton in the UK you mean Hampton Court the palace of Henry VIII. So today I spent the day in Henry's Hamptons and let me tell you that the Long Island Hamptons can not compare with the splendor, opulence and drama of the Henry's court. 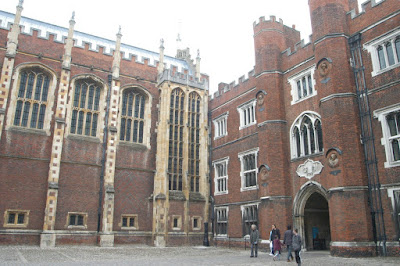 With only two more weekends until I return to the States I have been exploring bits of London and its surrounding areas. My inspiration for visiting Hampton Court came from a series of trashy love novels I'm reading by Philipa Gregory that chronicle the lives of Henry and his six wives. There is some historical truth to the works but they are, frankly, trashy novels and I love them. 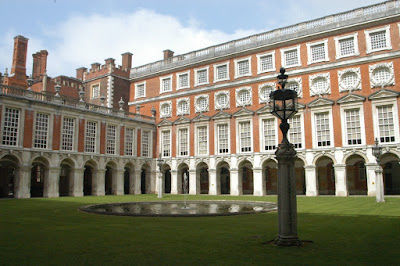 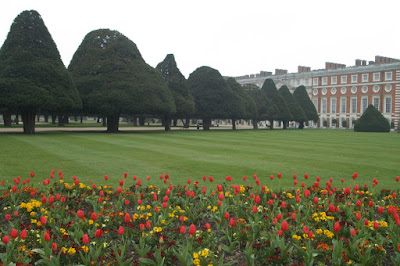 I didn't even know if Hampton Court still existed but thanks to the internet I was able to find it and plan a visit. Only 35 minutes out of London an on the River Thames this palace took my breath away. No wonder it was Henry's favorite home. Actually it was more like a city. In Gregory's books the characters are always getting lost in the palace and I appropriately did as well, several times. 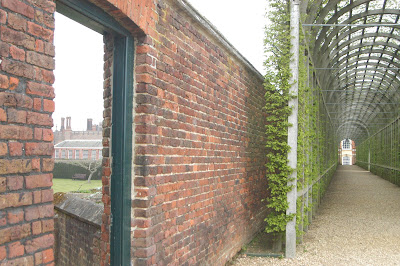 It was extraordinary to walk through the same halls as Henry, his Queens and his court. But what really brought it to life was the graffiti that people had scratched into the fireplaces and windowsills back when they were in use in the 1500s.
Fireplaces were the center of activity as they provided warmth and a place to gather, gossip, conduct business, and wait for the king. The graffiti became a link between past and present for me as I toured the rooms. Unfortunately we weren't allowed to take photos. The most memorable graffiti was outside Henry's great hall where the soldiers and common folk would gather. On a windowsill there was the outline of a hand. I put mine on top of it and it fit perfectly. Who carved this hand and how many people before me tried it on for size? 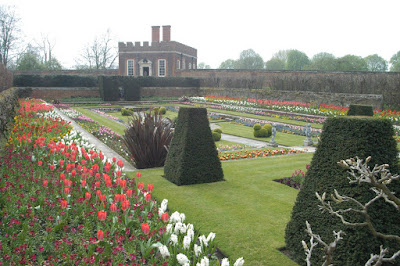 Here are images of the gardens which filled the air with the fragrance of spring flowers. Absolutely beautiful.