My sister Marlene is visiting from DC and we've been touring in the rain. Yesterday we took the rain tour to an extreme with our visit to Bath, England with the London Walking Tours. The city instantly won me over as we began our tour next to the canal. 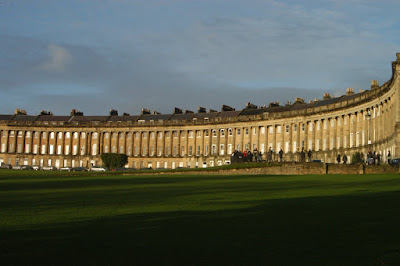 Although the air was cold and we were already drenched from the rain, the warm water from the hot springs warmed the canal and sent up a hot breeze.
The city feels very ancient and European. Despite being a popular tourist spot and having its over-fill of cheesy shops our tour guide Simone transported us back in history with his explanation of Bath's roman roots and Victorian history.
There are three sources of hot springs that bubble up to surface level. One is encased in a small Victorian bath house. Another, directly across the street, is now the healing water source for a luxury spa and the final spring flows into the restored Roman Baths. 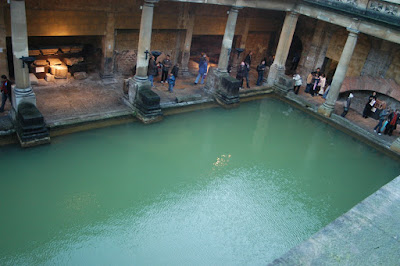 The Roman Bath Museum is one of the most spectacular museums I've ever visited. It is highly interactive, ruins are carefully preserved and it is still very much alive. Water still flows from the spring through Roman pipes and fills the restored pool.
Photo 1: Royal Crescent with the ha-ha wall to keep the sheep out of the gardens
Photo 2: Roman Baths
Photo 3: The 2000 year old Roman piping still carrying the spring water - it is 115 degrees! 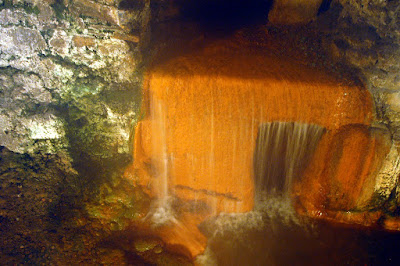