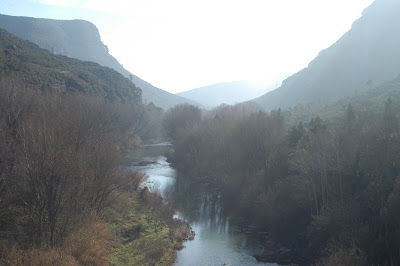 It took us two metro lines, a light rail train ride, a hike along the highway causing several bruises and a mountain-hugging tram ride totalling nearly three hours to get to Montserrat Spain and believe me, we earned the rewards. At the top of this remote mountain was a monestary, a Shrine of Our Lady of Montserrat, breath-taking views and some really good chow. 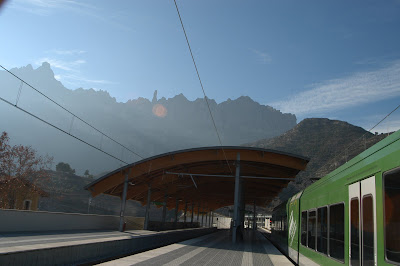 The image with the river is from the start of our journey which began with us getting off at the wrong train stop. The only option was to take a air tram up to the mountain. Despite Julie's greatest efforts I didn't go for it. Instead we walked along the highway to the town of Montserrat. 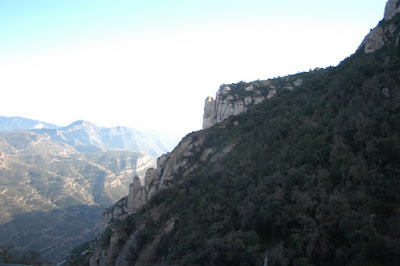 Looking back on this leg of the journey it helped us appreciate the journey of pilgrims who have visited this site since the 12th century.

During the tram ride up the mountain Julie described the view as being like the Grand Canyon. I was busy looking at the side of the mountain (NLP therapy does not seem to have helped - but may have made fear of heights worse). 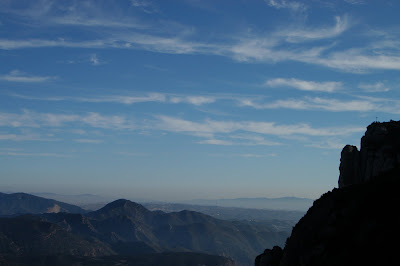 The top of the mountain was very much like a scene from Arizona - except of course for the monestary.

It was amazing to see the quality of the materials and craftsmanship that went into creating the cathedral. 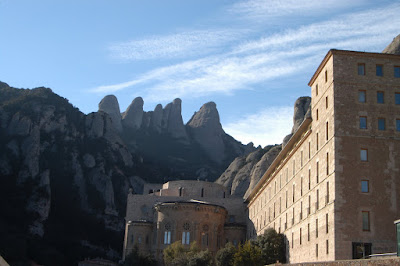 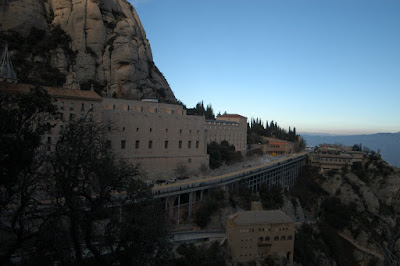 mountain poked out from behind the buildings. At times it felt like the buildings blended with the landscape and other times they appeared to be in great contrast. 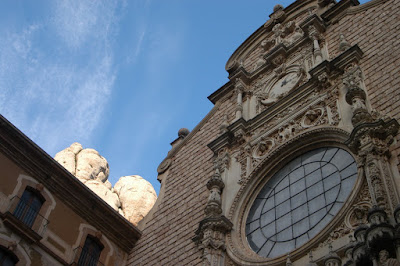 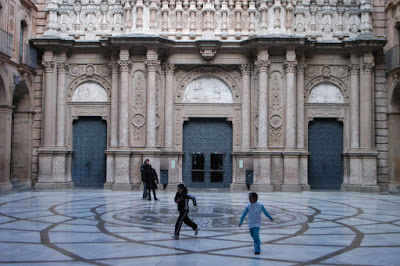 In the monestary was a room with items from people who were ill but had found their salvation/recovery at the mountain. 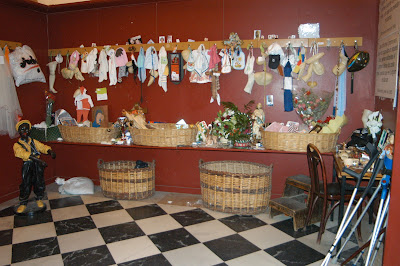 It was a strange collection of things - from baby clothes to plastic legs and crutches. 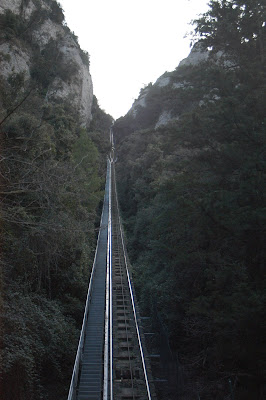 Julie bravely went up on the final furnicular to the top top of the mountain. It was a steep climb - 65 degrees. 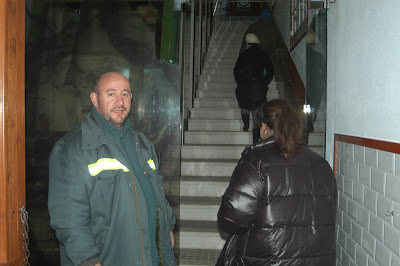 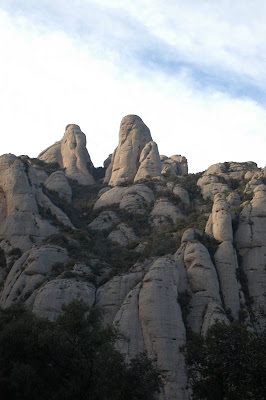 How in the world are we going to find energy to do anything tonight for NYE? It is 8.07pm and apparently people don't start to party until 1am. Perhaps we'll celebrate at 9am on NY Day with our California friends and family.