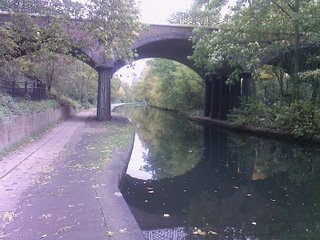 The London canals feel like me own secret find. Yesterday I ventured out to Camden Town, an area much like the wacky street life of Berkeley, California. Once again I used the canal system - this time taking the Union Canal to Regents Canal. The pace of life along the canals is peaceful as the city moves above you.

Yesterday's adventure took me through the London Zoo, over three locks and along a nature 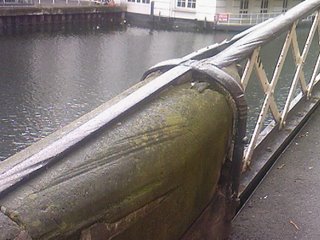 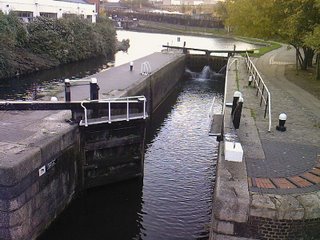 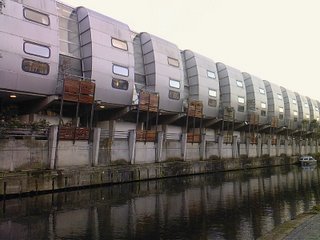 This is Saint Pancras lock outside of King's Cross and the next shot is a futuristic buildingthat caught my eye. 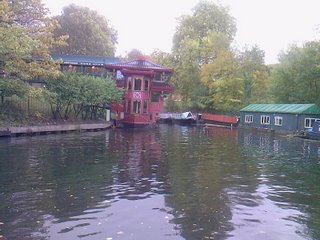 The red Asian-influenced creation on the left is a restaurant built on a canal boat.