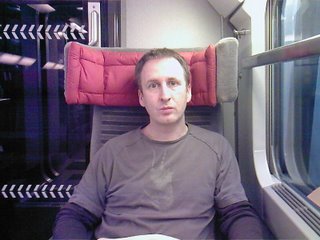 Stephen treated us to a roundtrip train ride on Eurostar - first class through the chunnel. Here he is sending me a kiss. We started the trip off with champagne and dinner - the start to five days of French cuisine. 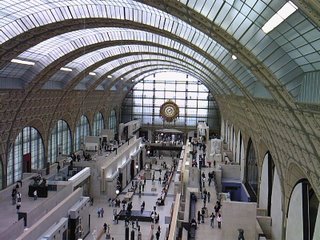 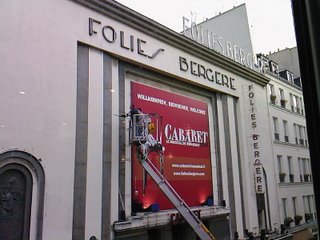 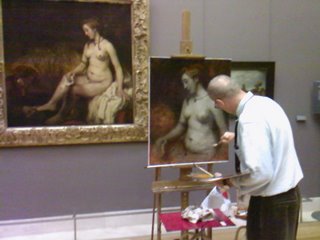 Our hotel was situated in the Jewish neighbourhood with all kinds of Kosher restaurants and this Folies Bergere which was premiering Cabaret while we were there. It was fun to watch them spiffy up the front of the theatre in preparation for the red carpet event. 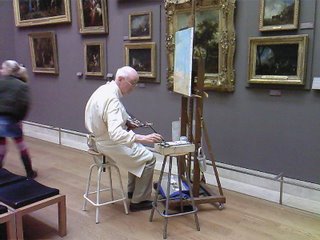 These two painters are in the Louvre. What fun to be able to paint and also take photos in all these places! 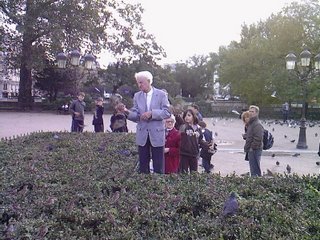 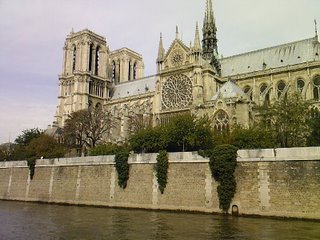 The stately older man standing amongst the bushes in front of Notre Dame is feading birds from his hands. The bushes were filled with them. He was training the little girl by his side to feed the finches too. 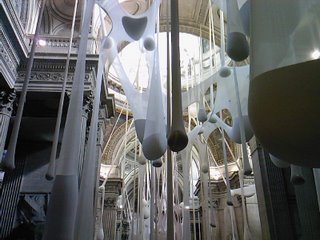 The Pantheon, where multitudes of French heroes are barried and Foucault's Pendulum 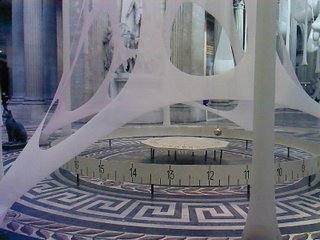 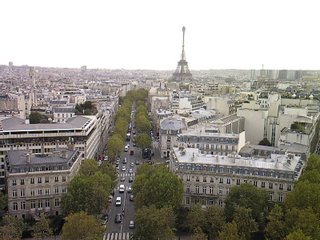 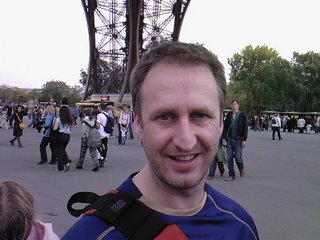 Views of Paris from Arc de Triomphe. Stephen smiles in anticipation of climbing the stairs to the Eiffel Tower. I pushed myself past my fear of open spaces and actually walked up to the first level. Coming down was very scary and I was "that lady hyperventilating on the stairs" which was probably the amusing highlight of some folks' vacations. But, I made it down and I think I'm almost over that fear. Next to concure ear wax removal - read the next post for details.