Great news! I have a new job with an organization called Aurora Picture Show which is a funky, cool and hip microcinema here in Houston. What's a microcinema you ask? It is a small, alternative venue that shows short films and other forms of multimedia. The organization's primary venue is a renovated church located in an area called The Heights. It is also home to Andrea Grover, Executive Director and Co-Founder of Aurora and her family.

Recognized nationally for their innovative programming Aurora has received a remarkable capacity building grant form the Warhol Foundation Initative. It is a remarkable time to be involved with this organization, which is looking strategically at their future. As Assistant Director. I look forward to partnering with Andrea in developing the organization to its fullest potential.

Although it is barely a ten-minute commute to the Aurora office I have retired my faithful bicycle. After researching the most affordable (read frugal) cars, with the best hip-factor I settled on a Scion and ordered a cool black xA yesterday. It arrives before Christmas! As all the literature and even the salesman says it is geared to Gen Y markets but many Gen Xers are finding them appealing. Although not as cool as a Vespa the funk factor is still there. We dubbed it funkalic 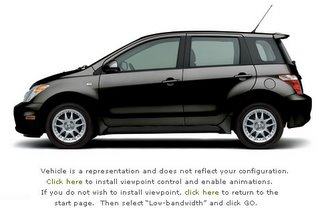