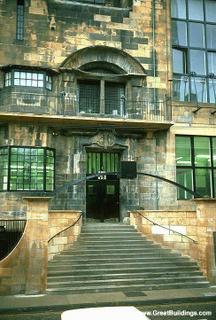 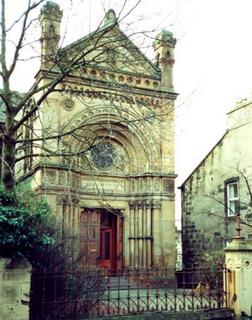 Glasgow (like cow), this city is close to Stephen’s Heart. His grandfather was from here, Stephen worked in the city and he loves the architecture, cultural vibe and industry. It is a very different place from Edinburgh with its stately historic streets. Glasgow has an 1900s feel of contemporary commerce and is dotted with the architecture of Garnethill Synagogue in a 1800s synagogue and it is also the home to one of Stephen’s favorite galleries, the
We took our time exploring the space and pumping the elderly man for information. Turns out he doesn’t even go to this synagogue, he is the husband of the archivest. But he was more than happy to entertain our probing questions. Returning to the downstairs we had the pleasure of exploring the archive rooms which were filled with photos, trinkets and documents. Turns out our guide was featured in a few of the military images. Finally he took us to the paper archives and introduced us to his charming wife who talked with us about her history as a child in Germany before WWII and how she was exported on the kindertrains to the UK. The couple became a symbol of Judaism in Scotland and our group bombarded them with questions like a pack of CNN reporters. Everyone was instant friends and we learned that their daughter lives in San Mateo, CA.

What Stephen, Marlene, Matthew and I found most remarkable were all the Freemason connections in the Synagogue. In a hidden room upstairs next to the women’s balcony (we really made the rounds) we found all kinds of Freemason imagery and items. In the basement archive there was a framed document certifying the location as a lodge. Growing up we never had any connection to Freemasons in our Jewish education but Stephen knew much about the links. It was fascinating.

The heartbreaking moment of our visit were when the Constable arrived and began speaking with my parents candidly about the future of the synagogue. He was visibly emotional when he revealed that the congregation was aging and disappearing as families moved to the outskirts. He believed the archives would always exist but didn’t know if the building would continue to be in use as a place of worship and celebration too far into the future. I felt as though we were the last visitors to a well hidden secret. Stephen had once occupied an office just a block away and had never noticed the building in all his commutes past its Hebrew-engraved archway and regal façade.