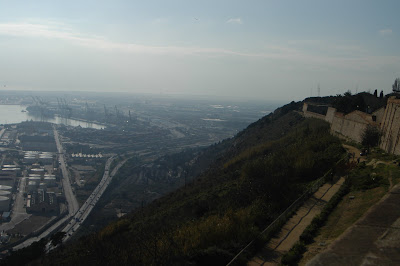 There is a remarkable amount of Jewish history in Barcelona. For instance, the mountain on which the 1992 Olympics was centered is called Montjuic, Mountain of the Jews. In the Gothic quarter in the center of the ancient Roman city there is an area called Call Major which was the Jewish quarter. Just outside the Roman walls was an area called Call Minor which was also a Jewish center. 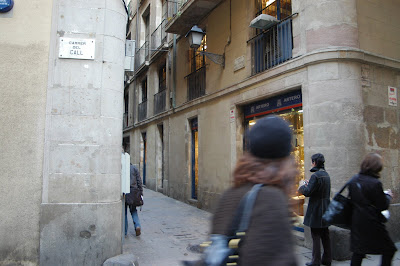 We weren't specifically on the look out for Jewish history but it stood out in many of these places. Our greatest surprise was in the Museu d'historia de la Ciutat in the Roman city. 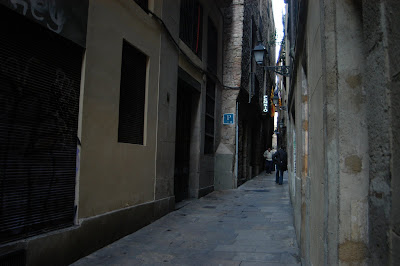 We went underground into the archaeological site and there were bricks with Hebrew writing within the walls. In their gift shop Stephen found a pamphlet called El Call Barcelona's Jewish quarter and on our final day we followed its maps and discovered the former Major Synagogue of Barcelona 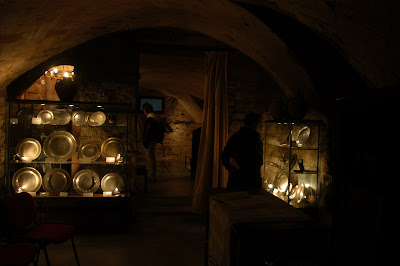 . What a surprise. Jews have been worshiping here for over 1000 years.


Here are some final images of Roman Barcelona. My feet are still recovering from our hours of walking through its streets. 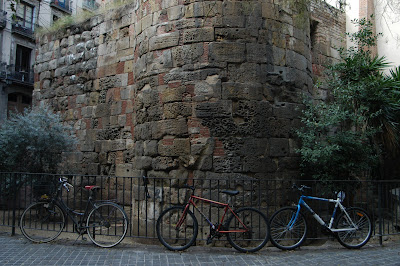 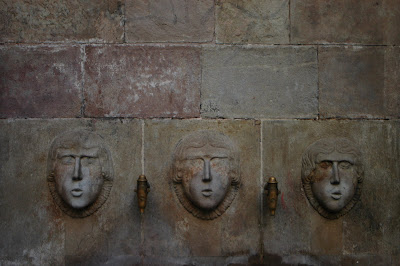 Barcelona is the ultimate vacation destination. Also, we weren't mugged, pick-pocketed or attacked in any way - despite what you hear from the tour books. 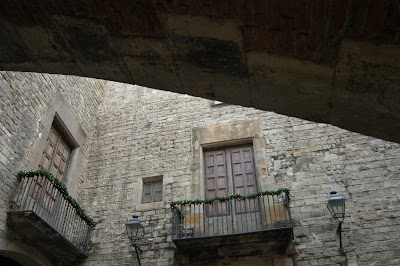