Are You Speaking My Language? 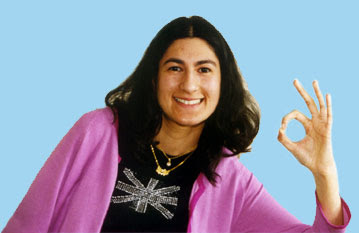 Have you ever had the experience of you're words being translated during a conversation? An interpreter seems to be obligated to interpret everything and suddenly you see you're words coming to life. More than that, you see you're speech nuances in all their idiosyncratic forms.
That's what happened today when I met with a woman who works for the Royal National Institute for the Deaf. My work associate and I invited her to meet with us to discuss our training courses, which she had recently attended, to determine if we could make them more accessible for people with specialised learning requirements. Next week we meet with the Royal National Institute for the Blind about our books.
Coordinating the meeting was easy enough over email. That immediately broke down a latent fear I must have been holding of not being able to understand someone who is deaf. Her emails were casual and fun.
For the meeting she came to our offices and brought along an interpreter. Another fear broken down - she looked like someone I would hang out with - a potential friend. Even her high energy was something I could relate to.
We started our meeting and that's when I had the most difficulty. Although I was talking to her she had to look at the interpreter. Then I started to talk to the interpreter instead of her. But she could speak her response clearly so it was like a three way conversation with my work associate looking on in wonderment.

Suddenly my casual meeting-banter was being translated and I began to stumble, pause, repeat myself. I found myself saying "proactively" a lot. Then I pointed it out and the translater translated it, with all my facial expressions. Luckily it was an easy-going conversation and it seemed that she got my humour - or at least was polite enough to giggle along with me. Yes, I think she got it.
The net outcome (how's that for biz speak?) was that we came up with some good ideas for making our programmes (how's that for British spelling?) more accessible, proactively. I was so inspired that I took the moment beyond the meeting and was able to get the title sponsor for our next event to hire a sign language interpreter.
Later I was thinking about how difficult it must be to make friends if you can't verbally communicate. Yes, there are other ways of communicating but for me hanging out and chit-chatting is really important. Maybe I can learn sign language - then the next question is American or British?
Above Image from Sign Language Interpreter Services in Glasgow.