Last night I checked out Found Magazine’s Lone Surfer Tour, which made a stop here in Houston at Aurora Picture Show (more about Aurora in a future post). Found Magazine is the brainchild of Davy Rothbart and Jason Bitner. In it they publish FOUND stuff: love letters, birthday cards, kids' homework, to-do lists, ticket stubs, poetry on napkins, telephone bills, doodles - anything that gives a glimpse into someone else's life. Anything goes...

The title of the tour is named after Davy's new book “The Lone Surfer of Montana, Kansas”. It was inspired by Davy's witnessing of a guy in the middle of a cornfield in Montana, Kansas, who had balanced a surfboard between two tractors. The Lone Surfer stood on the board and practiced surfing – 1,000 miles from any body of water that offered waves for him to ride.

Davy and his younger brother Peter, a songwriter-guitar player, read so 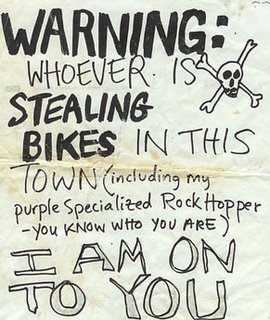 me of the outrageous found notes that people have given them over the years. Some inspired Peter to write songs, love ballads and often love-hate ballads, based on their content. The highlight of the evening was their duet on The Booty Don’t Stop, a cover of a homemade rap song they discovered on a tape found on the street.

Their 51 cities in 56 days tour is coming to an end. For your amusemen

t here are samples of found objects from their website. They have an eye for the ridiculous and often obscene.