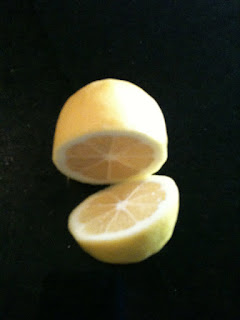 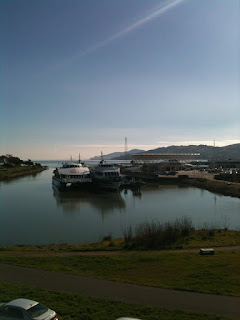 Out here to meet a long lost friend for lunch and remembering how much I love Marin. 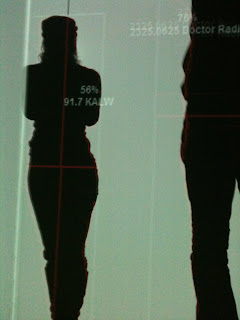 My latest self-portrait via the interactive exhibition of movement, site and sound at SFMoMA. Worthy the price of admission.

Iyengar, Gaudi and The Perks of Being a Wallflower 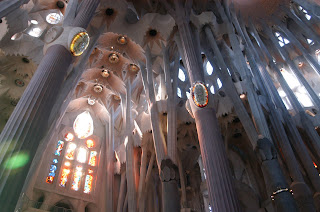 Since returning from Barcelona, my thoughts have been coming together about a variety of diverse experiences that converged on breathing. This idea began to develop when Simone, Leah and I visited Gaudi's cathedral Sagrada Familia. We had no idea what to expect prior to entering this perpetually-evolving creation and when we finally opened the doors, we had to catch our breath. The scene was so breathtakingly-beautiful that we each found ourselves wandering around, gazing at every angle, our necks craning to take in the majesty of it all. Once we orientated ourselves to the space, we then were stunned by the quality and color of the light as it brushed across the receptive surfaces.

The interior's spaciousness and organic shapes resonated with me as I found myself thinking that we were in a redwood forest. Above us were the canopies created by ancient branches that allowed light to peak through and brighten the tiny beings wandering beneath. As I continued to experience the space, the once-hard surfaces began to appear as soft, as though I were inside the ocean, under the tentacles of a school of dancing jellyfish. Yet again my perceptions changed and I imagined we were inside a human body, experiencing the spaces between the organs, veins, ligaments, and bones. The experience was grounding and calming to my external senses and to my internal body - a word for which I have no description. 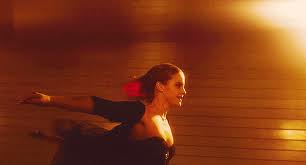 These feelings stayed with me as I flew back to San Francisco and watched The Perks of Being a Wallflower on the flight. In the film, one of the three main characters, a young woman, stands in the back of her step-brother's pick-up truck while they drive through a tunnel. She spreads her arms and leans into the wind. Their new friend, the film's main protagonist, watches her with worry and a bit of envy, and we hear his thoughts, "We are infinite". 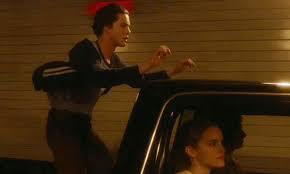 Later in the film, after much soul-searching, the protagonist is inspired to crawl out the pick-up's back window to feel the same freedom, something he has been searching for since his childhood. "And in that moment, I swear we were infinite." Through soul-searching and a great effort in learning to breath, he found spaciousness. No longer was he a victim of his past, which blocked his ability to engage in the present.
How do these two experiences, Sagrada Familia and The Perks of Being a Wallflower, intertwine? When I returned home to Oakland and readied for sleep, I picked up B.K.S. Iyengar's Light on Life which I keep next to my bed. Reading a few pages from the book before sleep always helps to clear and calm my mind. I began reading where I had left off several weeks earlier, a section called "The Final Ascension" (pp. 201-207).

In this chapter Iyengar writes, "Before our consciousness finally gravitates to our Self and our Self is merged in the Infinite, there are many fine threads to be woven together into a shimmering cloth of our practice." The word "Infinite" grabbed my attention as I had just watched the film earlier that day. I continued to read, "...The final element that corresponds with the final sheath of bliss is called "space" and allows mobility and freedom in all the others. Space is the most subtle and pervasive element, and we must learn to tame it." Instantly I thought of Gaudi's cathedral and to my surprise within the next paragraph Iyengar writes, "The amount of matter inside an atom is equivalent to a tennis ball inside a Cathedral, so our atoms, and therefore we, are almost entirely space."

An interesting coincidence that Iyengar uses "Cathedral" as a metaphor for space. Or was it a coincidence? Three paragraphs later Iyengar writes, "The great Catalan architect Gaudi, for example, said that architecture is a creative relationship between the sensuousness of Nature and the austerity of geometry. This is a theme that runs through yoga practice. My attempts systematically to impose symmetry on asana postures expresses this relationship. And, as with the architect, the concept of space is fundamental. A vase, like a building, like a body, has two spaces - the one that it contains and the one that surrounds it." 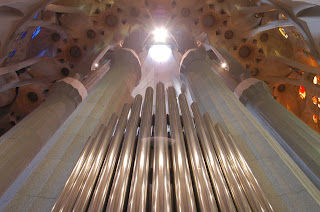 At that moment the disparate ideas that were floating around in my thoughts came into focus. I looked at my photos of Gaudi's cathedral and then understood that the spaciousness I had felt in the Sagrada Familia was meant to be transcendent. This was how Gaudi had envisaged sacredness, which for me is the perfect merger of the internal and external being - breath - spaciousness - through which I derive my spirituality. 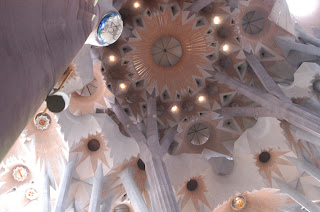 As I continue to explore the cathedral images, two weeks after my return from Barcelona, I now see the columns as bronchioles and ribs. A large open space in the ceiling, centered with a skylight, is the diaphragm. 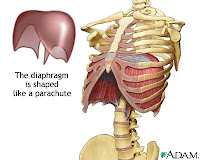 Now when I practice asanas and pranayama, I reference these ideas, recognizing that the Sagrad Familia, "Sacred Family" is the relationship of all my internal space, to the external space, to breath, and to all beings. The spaciousness is both in us and around us, "we are infinite." 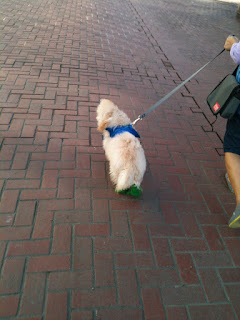 He was on my BA flight back to San Francisco. At first I thought, wow, how special we are. Then I realized there are hundreds of other people on this flight who have likely made much cooler and more significant contributions to society. 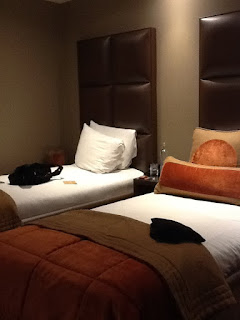 Leah and I are back from Barcelona spending a night at the Radisson Blu at Heathrow. How civilized to have a 110 volt outlet in our hotel room. Plus, free water. 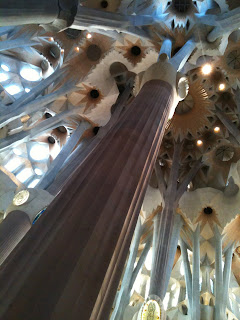 We were surprised by the uplifting beauty of the organic-inspired forms of the Basilica. I see them as futuristic.

Yoga on Top of the World 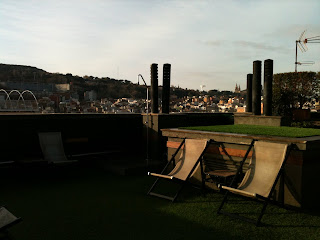 This morning I practiced 13 sun salutations on the roof of our hotel overlooking Barcelona. It was inspirational, especially since I use to be afraid of heights. 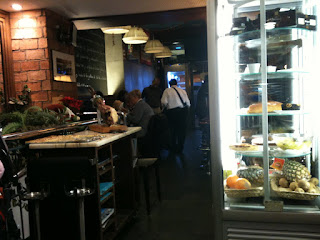 Simone, Leah and I have arrived in Barcelona for our girls' get-away and ironically we are booked into the same hotel I stayed at on my last visit. Funny enough, I'm the one that selected the hotel. Now we're eating at the restaurant that I ate at on the last visit as well. So good to be here with dear friends.