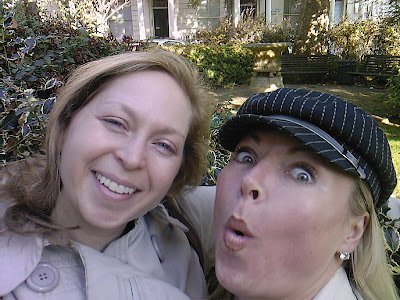 Our friend Nicole is visiting from San Francisco and we've been doing a whirlwind tour of British arts and culture.

We started with the Affordable Art Fair where every piece of art is under 3,000 GBP. Next we watched the Rugby World Cup in which England was defeated by South Africa. This we watched while eating Texas BBQ in a new restaurant that we loved so much we ate there two nights in a row.

Yesterday we continued the adventure with The Golden Age of Couture at the Victoria and Albert Museum with our neighbour Laia. Followed by the premier of Sir Richard Attenborough's soon-to-be released film Closing the Ring. This was part of the British Film Institute's London Film Festival. There was a red carpet and Sir Richard spoke before and afte 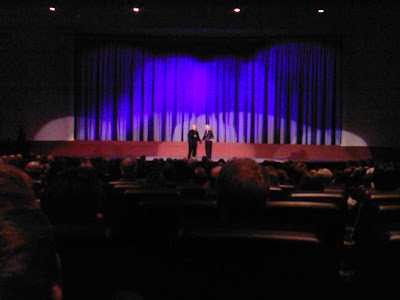 r the film. We didn't love the film but it was really cool to be at a premier in London. We completed our evening with the penultimate episode of The Sopranos. Painful to watch.

Now Nicole is heading off to Barcelona and John, another friend from San Francisco, arrives for two days following his trip to Warsaw. Like ships passing in the night. It is so easy to pick up our conversations as though we see each other every day.
Photos: Amy & Nicole being silly. Sir Richard on stage (he's on the left).