New Lanark for a New Millennium

There is a world heritage sight in Scotland called New Lanark which was setup in the late 1800s as an idealised community for cotton mill workers. The founder, Robert Owen - here's what their website states about Owen:

Many ideas expressed by Robert Owen (1771-1858) remain amazingly relevant and topical today. The international cultural influence of his campaign for a better and fairer society is one of the criteria by which New Lanark was assessed by UNESCO as being worthy of World Heritage Status.
Robert Owen often talked of the new Millennium; a time, he hoped, when society would be greatly improved. When he opened the Institute for the Formation of Character on New Year’s Day 1816, he gave an Address to the Inhabitants of New Lanark, in which he outlined his hopes for the Millennium, his plans, and his notion that education was the means of achieving a better and fairer society. 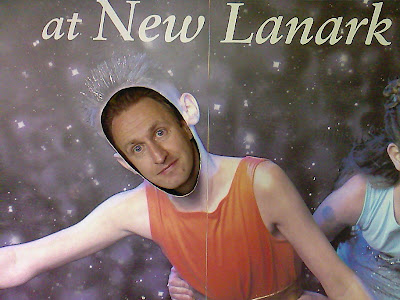 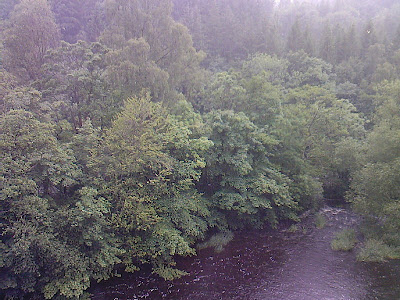 Stephen was tripping out on happy talk as you can see from his New Millennium orange outfit. 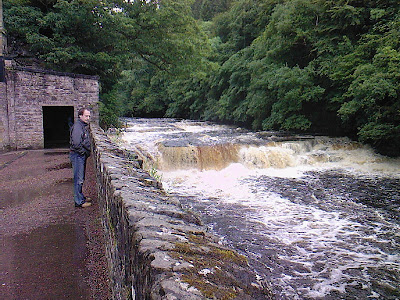 It is a beautiful location nestled in near an Ithaca-like gorge nestled in a lush valley between Glasgow and Edinburgh.