To complete my summer fun I've taken a side trip up to Montreal, Quebec, Canada. I'm actually in France - at least it feels that way. This is the most bi-lingual city in North America but don't assume that English is everyone's first language. French is first. After Bonjour they switch to whatever language you speak. Walking down the street you hear conversations that perfectly mix French and English. 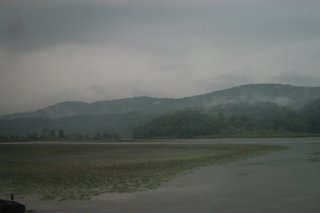 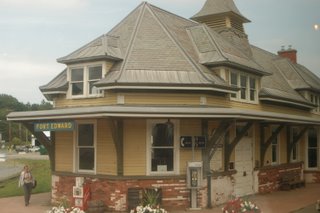 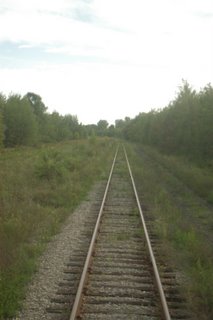 I'm sitting in an amazing cybercafe called BalletNet24. There are about fifty luxary computer terminals each outfitted with a super cozy leather lounge chair. The place is mostly filled with guys in their late teens and early 20s playing computer games or surfing the web. I'm the only chick over 20, 30, 35.... 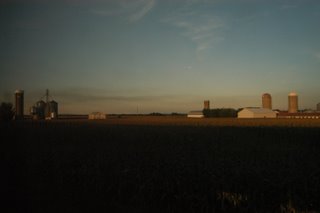 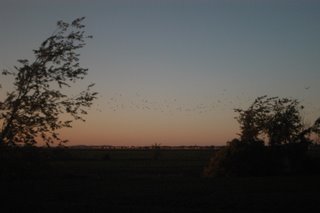 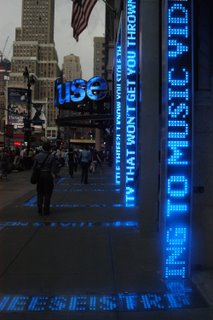 To get here I took Amtrak from Penn Station which was supposed to be a 9 hour trip but really was 12. That's okay because the landscape was amazing. We headed up the Hudson River and then continued into Canada. Often we were on a single track requiring that we move at the pace of a bicycle. I loved it - for me the train is part of the get-away.

Here are shots I took along thejourney. Starts with rainy landscape along the Hudson River. From there a shot of Fort Edward in NY and then the tracks on the way to Canada and finally the Canadian farmland. The final shot is actually the first - I spent the night in NYC. It seems to be advertising that moved from sidewalk.